Bizarre Coincidence: Right-to-Work States Superior In Every Way for the 'Workers'

Why, this must be some sort of statistical -- how you say in English? -- anomaly. Turns out that states which force employees to join unions against their will are inferior to right-to-work states using about any economic measure you can think of. 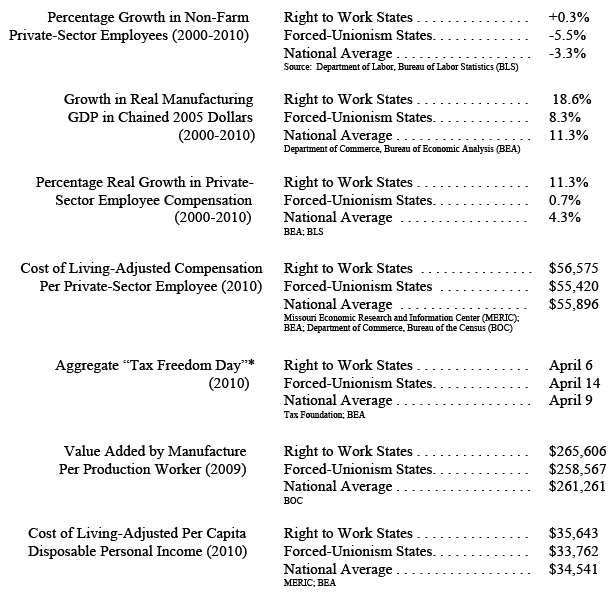 The term 'Tax Freedom Day' was coined by the Tax Foundation, a nonpartisan think thank. It translates to "the day when Americans... finally have earned enough money to pay off their total [federal, state and local] tax bill for the year."

Notice the eight-day difference between right-to-work and forced unionization states. For those of you who live in the latter, you spend eight days every year working for the unions.

Which is the way the self-professed Marxist union bosses like Andy Stern and Dick Trumka want it.