Although it would seem -- curiously! -- that the New Black Panthers have once again escaped scrutiny. 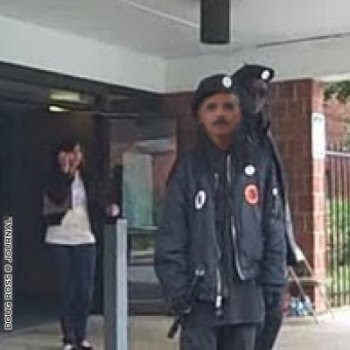 The Obama administration on Tuesday will wade into the increasingly divisive national debate over new voting laws in several states that could depress turnout among minorities and others who helped elect the president in 2008.

A dozen states this year tightened rules requiring voters to present state-issued photo identification at the polls, according to the National Conference of State Legislatures. Although Democratic governors vetoed four of the measures, liberal and civil rights groups have been raising alarms about the remaining laws, calling them an “assault on democracy” and an attempt to depress minority voter turnout.

Supporters of the tighter laws say they are needed to combat voter fraud.

With the presidential campaign heating up, Attorney General Eric H. Holder Jr. will deliver a speech Tuesday expressing concerns about the voter-identification laws, along with a Texas redistricting plan before the Supreme Court that fails to take into account the state’s burgeoning Hispanic population, he said in an interview Monday... 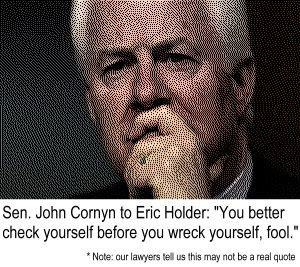 The San Antonio Republican, a member of the Senate Judiciary Committee, made his comments hours before Holder is scheduled to speak at the Lyndon B. Johnson Library in Austin. Holder is planning to criticize “voter ID” laws passed by Republican legislatures in states including Texas.

Democrats say the laws are designed to reduce minority voter turnout in the 2012 election. But Cornyn said President Obama is the one who’s politicizing the issue.

“Facing an election challenge next year, this administration has chosen to target efforts by the states to protect the democratic process,” Cornyn said. “They would do well instead to focus on job creation, the economy, and reducing our national debt.”

Oh, and the examples of vote fraud are real and they're spectacular:

Never mind the fact that Mississippi NAACP leader Lessadolla Sowers was recently sentenced to 50 years in prison for vote fraud, that the now-defunct ACORN recently received the maximum fine possible for vote fraud by a Nevada judge or that Holder’s own Justice Department is accused of making a sweetheart settlement with members of the New Black Panther Party who were accused of voter intimidation in Philadelphia on Election Day 2008.

This is all part of the Obama administration's plan to erode the integrity of the ballot box, Chicago-style, prior to the 2012 election.

Actions like this, along with his direction of "Operation Fast and Furious" and his stonewalling of the Kagan health care memos, highlight the need for the House Judiciary Committe to begin impeachment proceedings against Eric Holder.

The most lawless attorney general in American history needs to be held to account.